John Cooper reflects on everything from rejecting “George Washington” to accepting “Hounddog” in a wide-ranging interview about his legacy.

John Cooper wasn’t so sure about “Honeyland.” A year before the documentary about a Macedonian beekeeper would score two Oscar nominations, the future Sundance World Cinema Documentary selection didn’t resonate with the festival director as he entered his final year.

“I just didn’t get that film when I watched it,” said Cooper from his Sundance office during the 2020 edition of the festival, as he ended his 11-year run overseeing the event. “And I didn’t have to get it, because everyone else in the room loved it. It’s hard to find 125 films that you love, that you totally respect. I don’t pick all these films. I play the room.”

Cooper’s candid admissions about the flaws of the programming process speak to the unpredictable nature of running a festival, and how much of its impact begins with frantic behind-the-scenes debate. Each year’s program invites a fair share of drama — what will play well, sell big, or drop with a thud — and that uncertainty injects the experience with a dramatic narrative of its own.

As he wrapped up his tenure overseeing the festival following three decades of programming, Cooper mused on how each year’s program emerged. “It can get very fickle and very subjective,” he said. “I’m happy to be that way. It’s my job to filter the people in the room. Sometimes there are programmers in the room that love a film and we don’t show it. And then they love to send me the positive reviews later from other festivals.”

In the Sundance 2020 day-one press kit, director of programming Kim Yutani alluded to the tenuous process of selecting a program, which this year culled from a record 15,000 submissions. “We enjoyed the discussion of the merits of each film and how it would fit into the context of the festival as a whole,” she said. “We respond to works individually and that leads to passionate conversations.” 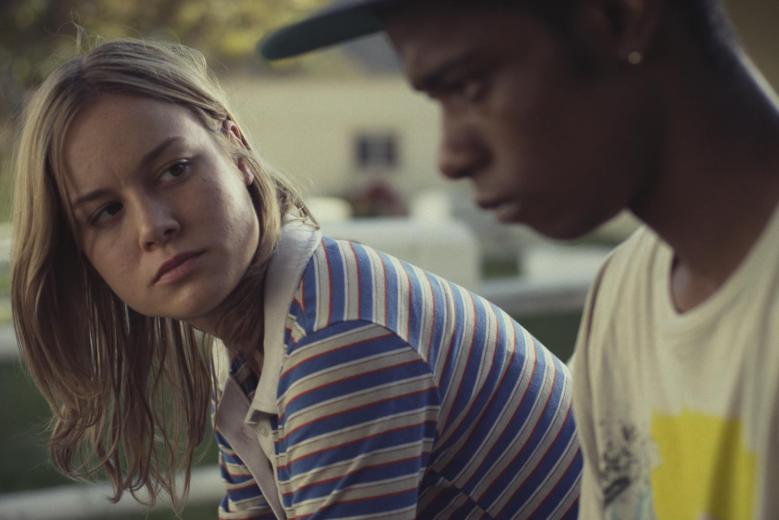 There are many examples of Sundance rejects from Cooper’s tenure that went on to acclaim elsewhere. In 2013, Destin Daniel Cretton’s residential treatment facility drama “Short Term 12” was the toast of the SXSW Film Festival, where it won the grand jury prize. “The conversation was, ‘Why wasn’t that at Sundance? They really screwed up,’” Cooper said. “What’s frustrating is that we’re judging rough cuts. I remember watching that rough cut and just being like, ‘Is this going to happen?’” However, the Sundance reject that still hits him hardest is “George Washington,” David Gordon Green’s expressionistic 2000 debut that premiered in Berlin. “When I finally saw it, it was a totally different film than what we saw, but we still got pegged for not showing it.”

He was miffed by the assumption that Sundance’s recurring documentary filmmakers spoke to a clubby mentality in the programming process. “Talk to the people we’ve rejected from the doc world over the years,” he said. “We’ve rejected Liz Garbus. We’ve rejected Rory Kennedy. We’ve rejected Morgan Spurlock. They always go, ‘Yeah, I knew that wasn’t going to be at Sundance.’ Because Sundance has that level of integrity of quality, freshness, and originality. And we really want to keep new voices coming in.”

Then there are the movies that Cooper did select, only to face a flurry of backlash. In 2007, while serving as director of programming, Cooper contended with the notorious response to “Hounddog,” the southern-fried Dakota Fanning movie in which her underage character is raped on camera. “See, I liked that movie,” Cooper said. “I’m always caught off guard by any provincial thought or conservative point of view, because I don’t see it like that. This is Sundance. We can do anything. What was the big uproar? Underage sex. To me, that was the interesting thing about it, because I’m a person who believes that if it happens in the world for real, there’s a place for it in a certain type of film.” 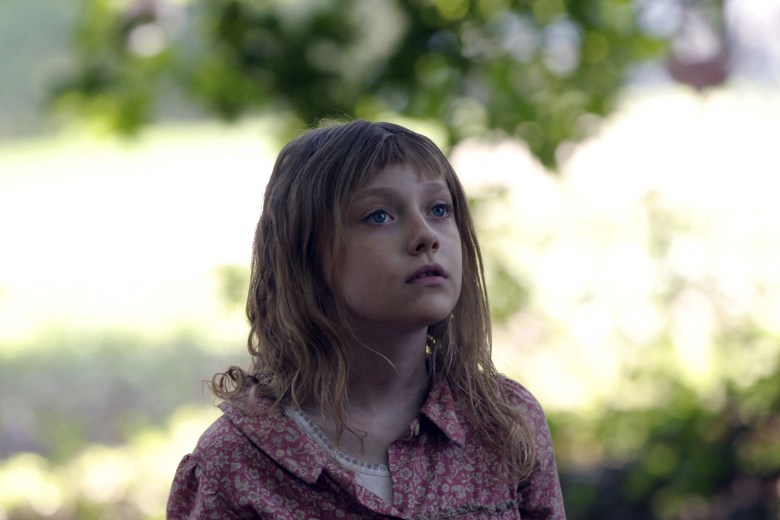 Sundance’s focus on diversity has made headlines lately — 53% of filmmakers in the U.S. Dramatic Competition are people of color, and 40% are women — though Cooper emphasized that its focus on representation goes beyond that. “I think what you really have to look at is the true diversity of your programming staff,” he said. “It’s not just gender and race, or sexual preference. It’s also how we argue about the types of films that we’re showing. I mean, I’m the one who shows most of what you would think is a conventional female movie. I respond to them. And there’s other people that don’t.” While he claimed his program team didn’t select films with diversity in mind, the process included some doubling back. “In the end, we will look at it and say, ‘Did we miss anything?’” he said. “And everybody has their notes, and we go back and sometimes we’ll re-watch things. It’s part of that process of what we do.”

After years of debate about Sundance’s ballooning market, Cooper still resisted the idea that any programming decisions involved a movie’s sales prospects, and bemoaned the impact of big sales on the optics of the festival. “It was changing perceptions of who we were,” he said. “That we were getting too commercial, or we were fading, our important was going away. People said there wasn’t as much discovery, or that the discovery we were making was people who were already there, or that we were losing our edge. That just freaked me out. We’re also rejecting a lot of big people. You can’t let outside influences in. You have to trust your instincts.”

Still, he embraced the opportunity to guide hungry buyers through the lineup. The same year that “Hounddog” premiered, Cooper programmed the lo-fi romantic musical “Once,” which Fox Searchlight eventually picked up to great success. But that only happened late in the festival after word-of-mouth had time to build. “I told every buyer to see ‘Once,’ and when I went to that first screening, there was nobody there,” Cooper said. “They thought I was just bullshitting, because they don’t really trust me.”

Cooper acknowledged the value of industry presence at Sundance without embracing it himself. “I don’t think Sundance needs it,” he said, “but I think the filmmakers do. I like when filmmakers make their money back. I like when they look like they’ve been a success here.”

He singled out companies like A24 and Neon “that just keep coming to take odd films and make them successes,” and looked back on the ’90s era of the festival, a pre-streaming climate filled with a very different set of independent distributors. “When I started, they were all like that,” Cooper said. “Bingham Ray at October Films. Gramercy, Miramax, New Line, Fine Line. There were all these eccentric people working at these companies, and this is what they were trying to do. And what happened with all of those, if you looked at their trajectory, is they all got bought by big studios. This one went here, this one went there, this one went there, and they all got closed down. Boom, boom, boom.”

Cooper shrugged off reports about declining box office figures for movies that launched at the festival. “I almost laugh now when they start talking about the theatrical numbers for independent films,” he said. “It’s ridiculous. They were never big. It’s harder and harder to get people into cinemas, because they’re going to see an ‘Avengers’ movie. I do, too. They’re not going to see a small movie that might be upsetting to them.”

As a result, he saw potential in the rise of the streamers. “On platforms, I know these films get watched, because when I talk to our donor population, a lot of them see eccentric stuff they didn’t used to see because it used to come a theater and then it would be gone,” he said. “That’s why documentaries are so hot right now, because people will watch documentaries constantly on Netflix, Amazon, Hulu. That’s where the numbers are. If we actually started counting those numbers, I’d think that independent film is killing more now than it ever did.”

Notably, Sundance’s 2020 market underscored that confidence. Its biggest sale in history took place with Neon and Hulu jointly acquired the Andy Samberg comedy “Palm Springs,” a playful “Groundhog Dog” riff that used the premise to explore the nature of monogamy. The companies announced the figure for the deal as $17.5 million — and tacked on an additional 69 cents in a cheeky effort to make it a record-setter, ahead of Fox Searchlight’s $17.5 million deal for “Birth of a Nation” in 2016. Cooper wasn’t so sure “Palm Springs” was an obvious hit. “Is that a commercial movie?” he asked. “It’s pretty quirky.”

The question required its director to weigh in. Speaking by phone a few days after the deal closed, “Palm Springs” director Max Barbakow mused on what it felt like to fill the obligatory Sundance breakout mold. “It feels silly and really odd,” he said. “Honestly, all I ever wanted to do was make movies and now there’s this opportunity to do it on a bigger canvas.” He recalled reading about all-night Sundance dealmaking in Peter Biskind’s “Down and Dirty Pictures,” and said, “It’s amazing to be a part of that.” But the theatrical component of his sale was key. “I think the collective experience of that story, seeing that together, really helps,” he said. “It might have more of an impact if you have to go find it before it’s available everywhere.”

Cooper expressed confidence in the potential for Sundance’s breakout potential to continue down the line. “The voices of people who want to get in have gotten louder, which only tells me that Sundance is more important to them,” he said. “When they’re not being loud and dying to get into this festival, that’s a little scary, too.”

Sign Up: Stay on top of the latest breaking film and TV news! Sign up for our Email Newsletters here.